National Root Canal Awareness Week: Believe it or Not – It’s Something to Smile About

This week is National Root Canal Awareness Week. With more than 20 million root canals done this past year in the in the United States alone – 20 million teeth were saved from extraction. Now that is something to celebrate!

So please America, take this week to take a deep breath about root canals. It is a tooth-saving procedure. And it’s not painful – on the contrary – it eliminates the pain you are having from an infected tooth.

Let me break it down for you:

Root canals are performed due to an infection that spreads deep into the root of the tooth. A dentist who specializes in root canals, or an endodontist whose entire practice centers around root canals, will drill a small opening in the top of the tooth to remove the infected nerves inside of it. After removing the infected “pulp,” the canal is filled with a type of rubber and a crown is placed on top. The entire procedure is done in a couple of visits.

Ninety-five percent of root canals performed are successful, although some are more difficult to perform than others, depending on how many roots the tooth has and how bad the infection is.

The diagram below gives you a visual idea of the entire process. 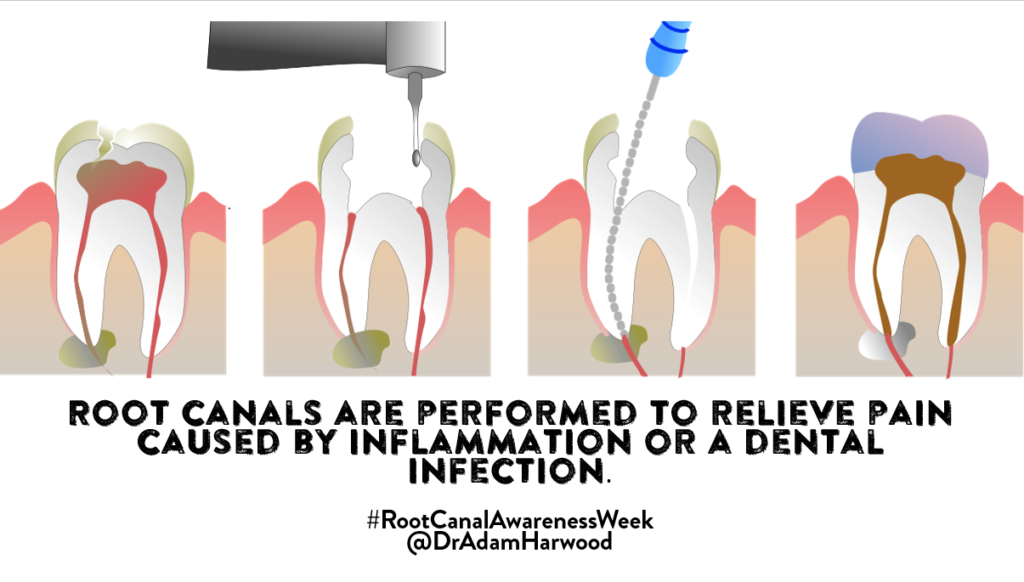 Why an Endodontist Should Perform Your Root Canal